Catharsis Part-IV: What a Start to a New Year!

Posted on January 13, 2010 by Guria
Writing a post is not as easy as it was. I mean, I’m jealous of those people who actually have jobs and yet manage to dole out wonderful pieces of write for their blogs. I didn’t write when I had time; blame Facebook. But now that I don’t at all have the time, I miss MM like the pain of an old wound you had gotten so used to.

Last week, the first of the new year, I took a break that I was entitled to for over a year. And what a break it was! Wonderful place, breath-taking scenery, the coolest of weathers (the way I like ’em), engaging company, traveling in fast cars and me running 102˚F temperature. I hated it. And boy, we sure know to pick the trips. No internet connections as usual, evenings were spend playing cards and me under the blankets, as I had a tendency to be blown away by the sporadic gusts of wind. Dad’s mobile web wasn’t working, a bit later neither were the phone calls facilities active, my cousin’s intelligent act of bringing is laptop backfired as the connection there also failed. Top it with trouble in ‘paradise’, thanks to the activities of the hospitable, nice and warm people who go by the name of Maobadi-s! Let’s not go into details about the finer aspects of our trip, and skip over the punctured tyre that couldn’t be changed, failing brakes, melting rubber, my hyper elder cousin, frantic relatives, tiffs back home, power failure, me as weak as a bamboo leaf in a storm, heat stroke at 5˚C weather, my cousin falling ill after me, my uncle with slip-disc, hundreds of cups of tea, broken stone roads, lunch-less short trips and slippery rocks around the waterfall, and let it suffice by saying, it was a memorable week-out with the newbies in traveling by car. Psst, we traveled around 700 kms one way to reach the place, which is at an altitude of 3100m (that was reached in mere 30 kms, with ~30 hairpin loops, needless to say how steep the ghat roads were!)
This week I joined a Project in my Department faculty’s lab. I would have gotten a project anywhere but the only reason behind the decision was the people I know, friends I have working in here already. And fingers crossed, I am enjoying the work, till now. Though I’m  still more ecstatic about getting a day-off today. A friend of mine in the next to next lab asked me whether I was planning to do my PHD from here only, ‘I have no idea why you are working so diligently for a damn project!’, though she didn’t tell me the short-cuts like how to work less for just-a-project, and its difference with projects in PHD. But I agree, always ask a lazy person for the shortest and the most efficient routes and planning of the work. Plus, job-delegation is another of my speciality and it’s good when the other person you are working with thinks less work is equivalent to sacrilege. So, I’m happy with my working conditions. 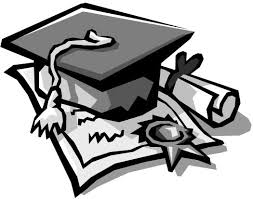 I am working on yeast genetics and signaling on the interface of MAP Kinase pathways and cell growth. Using deletion mutants of Schizosaccromyces pombe lacking components of MAPK  signaling cascade, I have to over-express cdc25 of cell cycle to see the effect of the same on signaling and cell growth. Routine work till now, let’s see whta happens post-transformation. Previous experiments tell me that I’d better be on my toes.

But, I decided I want to be a house-wife erm, home-maker with servants at my beck and call and then sleep all day. When I wake up I want to blog, read and play. Though my fiance dashed my hopes saying we’re aren’t going to survive on single salary, just to make sure I work and he dangled the coveted Porsche as a bait over my head. People have this notion I’m brilliant and should be in lab, they just don’t understand I’m expeditious and lazier than them. Anyway, even though I was really pressurized the last few months about having no project in hand, I’m very skeptical about my decision to join the lab. I was having a great time, sleeping and lazing all day long. And the worst part about working is I not only have to get up early in the mornings during winter (it’s pretty cold in Cal), I have to take morning bathes too.


So, not telling my fiance, I’m trying to find options for me that will help me to earn money by staying at home. Suddenly I find Adsense a lucrative and shining path for easy money. Surely, there’s some compensation of having a 100+ followers on my blog even though most are not readers! I wish I could also convert hours spent over Facebook, farming and tweeting into dollars (and spend them as rupees). Or I can even take over the theoretical aspects of the research work while delegating the actual tasks, experiments to others, and being involved only in observations and conclusions. After all, I do love the subject and enjoy it too. I just don’t like the hours I have to keep! So, I am doubtful how good I will be working labs that too in a foreign country while doing my PHD… I guess, I’ll have nothing better to do, and then I remember around $26,000 p.a…. well, that’s incentive enough, I think! At least I won’t be working Saturdays there, they won’t make me!

“Dear God, I promise to make good use of them, just don’t make me work too hard for it”

An Artist in Science: A Misfit 'cause I choose to be one. "Whenever you find that you are on the side of the majority, it is time to reform" And a Maverick, because, I'm... umm... brilliant?
View all posts by Guria →
This entry was posted in Catharsis, Life. Bookmark the permalink.

16 Responses to Catharsis Part-IV: What a Start to a New Year!